Portion of proceeds will go to Tall Tales Ranch

The taps of local craft brewers were flowing at Prairie Sky Park on Sept. 24 as hundreds of people attended the Lone Tree “Craftoberfest” celebration.

Oktoberfest is an annual German …

This item is available in full to subscribers.

Our print publications are advertiser supported. For those wishing to access our content online, we have implemented a small charge so we may continue to provide our valued readers and community with unique, high quality local content. Thank you for supporting your local newspaper.

Portion of proceeds will go to Tall Tales Ranch

The band Drunken Hearts performed at the Lone Tree "Craftoberfest" on Sept. 24 at Prairie Sky Park.
By Tayler Shaw

Tables were set out at Prairie Sky Park for attendees at the Sept. 24 Lone Tree “Craftoberfest.”
By Tayler Shaw

One of the activities at the Sept. 24 festival in Lone Tree was axe throwing.
By Tayler Shaw

Food trucks were available at the Sept. 24 Lone Tree “Craftoberfest.”
By Tayler Shaw

The taps of local craft brewers were flowing at Prairie Sky Park on Sept. 24 as hundreds of people attended the Lone Tree “Craftoberfest” celebration.

Oktoberfest is an annual German festival held in autumn that is often referred to as a beer festival. While the festival takes place in Munich, Germany, other locations around the world host their own celebrations. 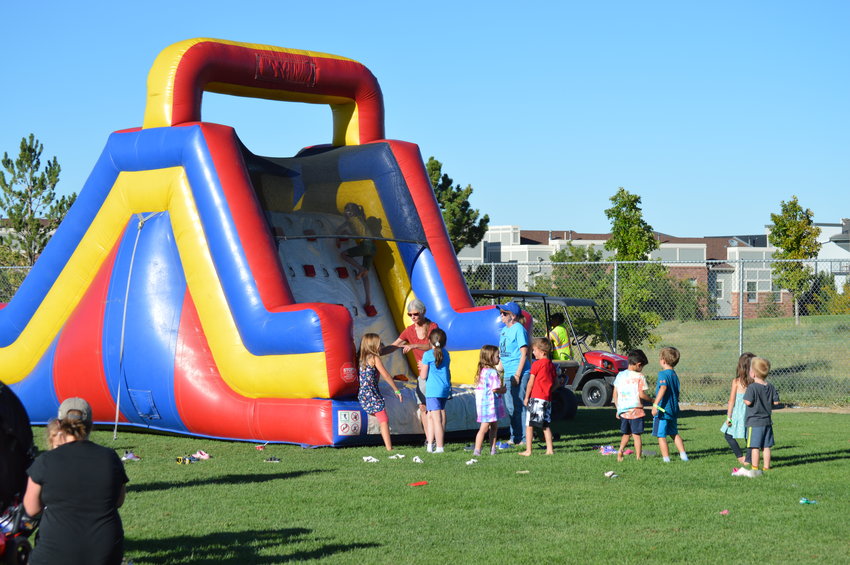 Children lined up to go down the large inflatable slide during the Sept. 24 festival at Prairie Sky Park.

While Ryman’s favorite part of the event was the axe throwing, Max said his favorite was playing on the bouncy castles. For Anna, it was sliding down the large inflatable slide.

Chris Ryman said the craft beer samples were really good. However, the standout for him was a mead from Honnibrook Craft Meadery, based in Castle Rock.

Among the vendors and breweries stood a tent for Tall Tales Ranch, a nonprofit that will receive a portion of the proceeds from the festival.

“This has been amazing. I mean, we were really fortunate that Lone Tree came to us and let us know that they’d like us to be the recipient of some of the proceeds,” said Laura McKenna, the executive director of Tall Tales Ranch.

The donation will help fund building a ranch site in Lone Tree, which McKenna said will be “a hub of neurodiversity at I-25 and RidgeGate.” 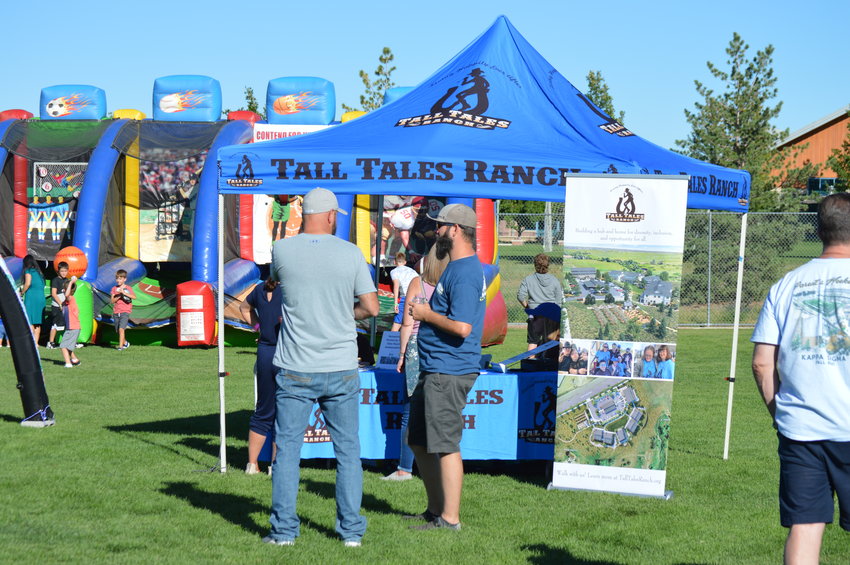 A portion of the proceeds from the festival will go to Tall Tales Ranch.

“Our goal is to have a big presence in Lone Tree, and so any opportunity that we can have to show the community members what Tall Tales is about and what a great asset that we will be to the community of Lone Tree, then we want to take advantage of that,” McKenna said.

The best part of the event was getting to interact with people and raise awareness about Tall Tales Ranch, McKenna said, as a lot of people were supportive of the nonprofit’s efforts.

“I’m a parent of a child with an intellectual disability, but I love it when people don’t have that connection, and yet, they’re just as enthusiastic and excited about it as I am,” she said. “I’ve just never felt as welcome as we do in Lone Tree.”

The City of Lone Tree has been a big supporter of Tall Tales Ranch for many years, said Allissa Dailey, the city events manager at Lone Tree Arts Center.

“For us, it just seemed like a perfect partnership for this particular event,” Dailey said, explaining the exact amount of money that will be donated has not been decided yet. 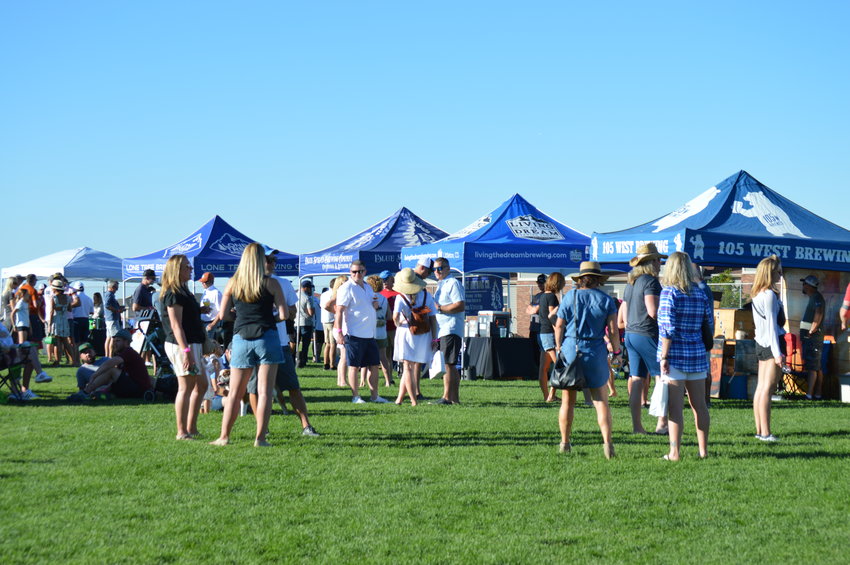 A variety of local breweries were at the Lone Tree “Craftoberfest” on Sept. 24.

Nate Jones, the communications director for the City of Lone Tree, said an estimated 500 people attended the ticketed festival.

In the future, Dailey said she hopes the event continues to grow and incorporates even more breweries.

“We’re always trying to put on great signature events for our citizens. And in fact, we’re very fortunate that voters passed 2E last year … because it allowed us to return a full slate of events back to full capacity,” Jones said, referring to the 2021 ballot question 2E which asked voters if Lone Tree’s sales tax should be increased by 1%.

“It’s just a great opportunity for our residents to get to gather again, enjoy each other’s companies and the great spaces that we have here in Lone Tree, like Prairie Sky Park,” he said.

Other items that may interest you

1 killed, 1 injured in Castle Rock shooting after fight
An overnight shooting left one person dead and another injured, and police have taken the suspect into custody, the Castle Rock Police Department said.

Headed for the Super Bowl, Pop Warner style
Believe it or not, a football team from Colorado is going to the Super Bowl this year. No, the team doesn’t hail from Dove Valley. They don’t spend $170 million annually on their roster. And they …

Castle Rock mayor muses on next term
Heading into his second term as Castle Rock’s mayor after running uncontested, Jason Gray feels confident voters are supportive of his model of “growth with vision” when it comes to …

How a Democrat won in Douglas County
Flipping the historically Republican Colorado House District 43 came down to a dedicated door-to-door campaign effort and a platform derived from listening to voters’ concerns, its …

We have noticed you are using an ad blocking plugin in your browser.

The revenue we receive from our advertisers helps make this site possible. We request you whitelist our site.